Lottery is one of the most common and most loved forms of gambling in India. This is because lotteries provide ultimate fun and excitement, and they give everyone the same chances of winning as well. Today, with the advent of online lottery sites, it’s now possible for players to try their hands at their favorite lotteries from the comfort of their home. 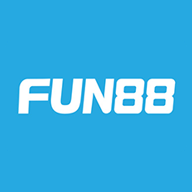 The history of lotteries dates back to the Ancient Chinese Western Han Dynasty, a period of time around 200 years before the birth of Christ. People in the Han Dynasty used to play the ‘White Pigeon Game’, which is a form of Keno. The game was called White Pigeon due to the fact that birds were used to send the results of lotteries to far-flung villages.

Over the years, lotteries have traversed multiple countries and have undergone several changes in the format. In India, Kerala became the first state to officially start a public lottery for its citizens.

Since the advent of the first state lottery in India, several Indian states have started their own state-run lotteries. The tickets from these lotteries can be purchased within the respective states, and they offer generous amounts in winning.

For players who want to try their luck at huge jackpots, they can play international lottery games at our recommended sites. These lotteries offer jackpot prizes that can be worth millions, and there are several other prizes on offer as well.

For players who want to try their hands at lotteries with huge jackpots, here are some of the most popular international lotteries to play online:

One of the most popular lotteries in the world, Powerball is an American lottery game offered by 45 US states, including Puerto Rico, the District of Columbia, and the U.S Virgin Islands.

Originally known as Lotto America, the first Powerball lottery was drawn in 1988. Afterward, in 1992, the name and the format of the lottery were changed. Since its advent, the American lottery has offered millions of dollars in winnings and has raised billions of dollars for good causes supported by lotteries.

When playing Powerball, players select five numbers from 1 to 69, and one Powerball number from 1 to 26. Here, the jackpot continues to grow until it’s won by a lucky player. Also, players can multiply non-jackpot prizes by 2, 3, 4, 5, or 10 times with the Powerball option. So, you have the chance to win a huge amount of money, if you get lucky.

Mega Millions is one of America’s two big jackpot games that is currently offered by 45 US states. The lottery traces its root back to 1996 where it first happened. The lottery is quite popular due to its huge jackpot prize, which can be worth millions of dollars. The jackpot prize of this lottery is so high because it allows players from all around the world to participate in the draw.

To play this lottery, you need to pick six numbers from two separate pools of numbers – five different numbers from 1 to 70 (white balls) and one from 1 to 25 (gold balls). The players who manage to match all the six numbers in a drawing win the jackpot. Besides, there are nine more ways of winning a prize in this online lottery.

Launched in 2004, EuroMillions is a transactional lottery that was initially popular among players from the UK, Spain, and France. Today, players from 9 European countries can participate in the lottery.

Over the years, the format of EuroMillions has gone through changes, and there have been modifications in the game rules as well. Now, you have to pick 5 lucky numbers from 1-50 and 2 Lucky Stars from 1-12. Also, you have the option to try the Lucky Dip feature for randomly selected numbers. With EuroMillions, you can play up to 7 lines of numbers and buy up to 10 play slips at a time.

How to Register and Play an Online Lottery in India?

Registering with an online lottery site that accepts Indian players is quite simple and straightforward. All you need to do is follow these below steps:

Indian players have been playing lotteries for decades through state lotto games. But with the advent of the internet, more and more players are choosing their favorite lottery games online. This is because online lottery sites offer some of the biggest jackpot games, have various bonuses and promotions on offer, and most importantly are safe to play.

With more and more players moving online, the top international lottery sites have started customizing their experience for Indian players. This means that players can now expect highly localized services and can also make payments in Indian currency via all the local popular payment methods.

Started in 2013, Lottoland is an online lottery site that offers some of the biggest jackpot games from around the world. Since its advent, this online lottery platform has paid out hundreds of crores in winning to players all across the globe.

A great thing about Lottoland is that it caters to Indian players by offering a dedicated site where they can buy tickets to all the top international lottery games such as Powerball and EuroMillions. Also, players can also try their hands at India exclusive games such as Cricket Lotto and Jeeto Lotto.

oland accepts Rupees deposits via all the local popular payment methods, meaning you’ll have no trouble in adding funds and withdrawing money from your Lottoland account. Join Lottoland now!

LottoSmile is an India exclusive lottery site created by one of the biggest lottery providers in the world, TheLotter. This online lottery provides players the chance to buy tickets to more than 50 different lotto games, all from the comfort of their home.

With LottoSmile, buying tickets to some of the biggest international lotteries is quite simple and straightforward. Also, LottoSmile has an exclusive loyalty program that can earn you a huge discount. Moreover, the lottery provider allows you to subscribe to lotteries to win lottery tickets every now and then.

With a variety of payment options available and 24/7 customer support on offer, LottoSmile is one of the best platforms to enjoy the lottery in India.

Lotto247 is another great site to play online lotteries in India. With Lotto247, you can take part in several international draws, including the US Powerball, Mega Millions, and Eurojackpot. If you want to try your luck at huge jackpots, then these are some of the best lotteries as they regularly play huge jackpots that are worth hundreds of crores.

A great thing about Lotto247 is that it allows Indian players to make Rupees deposits via all the popular Indian payment methods. Also, the lottery site offers 24/7 customer support to all its players. Join Lotto247 now and enjoy some of the biggest international lotteries today!

Besides, there are several other online lotto sites that offer the top international lotto games to Indian players.

The Legality of Online Lottery in India 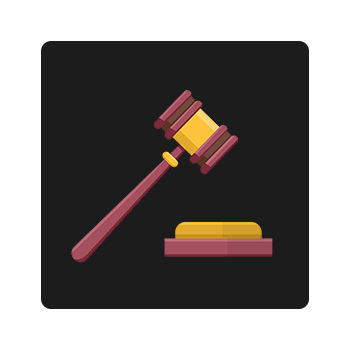 This is because the laws governing gambling in India are outdated. The Public Gaming Act of 1867 prohibits operating private lotteries in the country. But as this law was made before the advent of the internet, it doesn’t have any mentions of online gambling.

While Indian private lotteries are banned by the law, they do not apply to international lottery sites since they are based outside of India. So, Indian players can enjoy the thrill and excitement of online lotteries with foreign lottery sites.

A Quick Look at the Government Lottery in India

Most government lottery games are sold exclusively in a single state, but there are some lottery games that cover several states as well. The winning numbers for these lotteries are drawn by each state government with the state lotto official present.

States lotteries usually offer two types of draws, which are:

Weekly Draws - These are the lottery games that are played weekly. The tickets for state lotteries are typically cheap and they offer prizes in tens of lakhs.

Bumper Draws - Bumper Draws are the biggest government lottery games available in India. These lotteries are quite popular among players as they often come with some festival or important event in the state that offers them. What sets these lotteries apart from other state lotteries is the fact that each lottery game occurs only once a year and the jackpot prize can be as high as Rs. 10 crores.

The morning draw of this lottery takes place at 11:55 AM in Nagaland, whereas the evening draw happens at 8:00 PM in the same state. The afternoon draw is at 4:00 PM and is held in West Bengal.

Tickets for this lotto costs Rs. 6, and you have the option to win up to Rs. 31 lakhs.

Lottery Sambad is offered in:

Kerala was one of the first states to officially start a public lottery for its citizens. The Kerala state lottery is known to be the one that pushes most innovation and generates the most revenue in India.

The lotto tickets for this lottery can be purchased all throughout Kerala, and you can also become a vendor yourself. Much of the revenue generated from this lottery is used to fund various welfare programs in the state.

Below is a table that details the bumper draws offered by the Kerala state:

Can I play the lottery from India online?

Thanks to international online lottery sites, Indian players can easily and safely play the lottery whenever and wherever they wish. Tickets to some of the biggest lotteries can now easily be purchased from the comfort of your home or on the move.

How does the lottery work?

Most lotteries work by randomly selecting multiple numbers from a pool of options. Players win the jackpot if they’re able to match all the numbers. Also, smaller prizes are often offered to players who manage to match some of the numbers.

How to play the lottery online?

Playing online lottery in India is quite simple and straightforward. All you need to do is register for an account with any of our recommended sites, add funds, choose your favorite lottery and start playing!

Do I need to pay tax on lottery winnings?

Depending on your chosen lottery and your winning amount, you might need to pay some tax on your winnings.

Which is the biggest lottery in India?

Has any Indian player won the online lottery?

Yes, multiple Indian players have won huge jackpot amounts in the past. This includes Sandeep Singh who won a Mega Millions jackpot worth $30.5 million. Nandlall Mangal is another Indian lottery winner who won $245.6 million from Powerball in 2018.